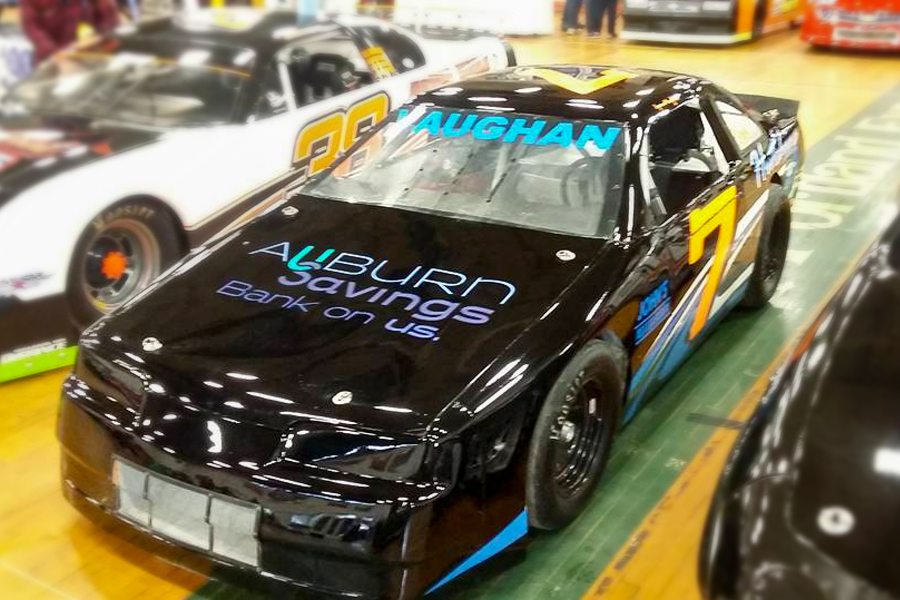 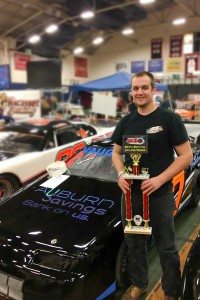 Since the age of five, Spencer Vaughan has wanted to drive a race car. He started out racing go-karts and mini cup cars. Then in 2016, at the age of eighteen, Spencer knew it was time to take his dream to the next level. He joined the roster at Wiscasset Speedway as a racer in the beginner division.

Maintaining a race car takes money; there’s no surprise there. It costs an estimated $1,700.00 per year for tires and another $300.00 for fuel. And if the car gets damaged? Well, there’s no way to predict that expense. Fortunately, Spencer and his father Jason are able to complete most repairs and maintenance themselves, but they do need help with the aesthetics—paint and lettering.

Spencer knew he needed a sponsor, so he looked at the roster of drivers at Wiscasset Speedway and found a large number of teams were from local towns surrounding Lewiston-Auburn. This meant that there were many local fans who would see the car, and any sponsorships that may be featured on it.

Knowing that Auburn Savings is a supporter of dreams and fostering success, Spencer was encouraged by his mother Sherri Vaughan (a servicing representative at Auburn Savings) to seek a sponsorship from the bank. Wanting not only to support a member of the community but also the family member of one of its team members, Auburn Savings happily agreed to sponsor Spencer and help put him in the driver’s seat to attaining his dream. In exchange, the Auburn Savings logo has prominent placement on the race car, giving the bank welcome promotion.

Racing isn’t just about driving the car, although that takes skill and courage. Drivers have a responsibility to the sponsors in utilizing their funds efficiently. The drivers also need to present themselves professionally—respecting other drivers, officials, and fans—as they are representing their sponsors as well. Professionalism and respect are musts if you want to receive respect in return from fellow racers and the broader racing community.

Spencer gets this and works hard to make his sponsors proud. Auburn Savings is thrilled to play a small part in helping Spencer reach his dream, and is proud to sponsor such a skilled and respectful racer. 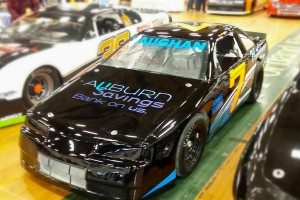 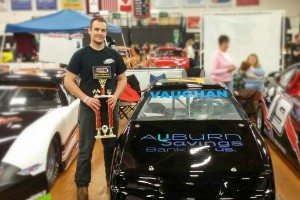